COVID19: Yes, we are open! See how we’re preserving the health of our customers and protecting their property.
Pest Control Insects - Sureguard Termite & Pest Control

GET A FREE ESTIMATE

There are many different pests that could be lurking in your home. We have made it easy for you to learn more about those pests, and how to control them.

Select a pest below to learn more. 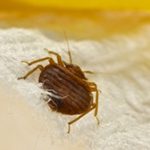 Bed bugs, also called red coats, chinches, and mahogany flats, are tiny insects that are both wingless and nocturnal. They are a member of the Cimicidae family, which is made up of small parasitic insects. Bed bugs feed on the blood of humans and other warm-blooded animals. Their flat, oval-shaped bodies are rust brown (sometimes red brown), and they reach approximately 4-5 mm, fully grown. Bed bugs are very fast and excellent hiders, which make them incredibly difficult to spot. Signs that you may have bed bugs include red, itchy bites on exposed skin and blood stains or rusty spots on your sheets.

There is one thing that every homeowner dreads hearing, “You have termite damage.” Termites are tiny, measuring at only around 1 cm to a few mm in length, but the damage that they cause is no small matter. Termites have the ability to tear off pieces of woody materials and other plant materials that are cellulose based. They have been known to snack on shelves, furniture, books and even home foundations. No matter what materials your home is made of, termites can make a meal out of it. Termites have a reputation for sneaking and hiding while they eat their way through your house, without any obvious signs of damage to the untrained eye. This reputation has earned them the name of the silent destroyer, and it is a name well-deserved. 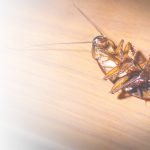 The average cockroach is approximately 2 inches long, although cockroaches found in tropical climates tend to be bigger. They can be found lurking in human dwellings where food is prevalent. Some cockroaches are useful because they recycle organic material that has started to decay, however the cockroaches that you are likely to find in your kitchen or a restaurant are pests that have been known to carry various diseases. These pests have 2 antennae, 6 legs and a set of wings, but most can’t fly very well. They can emit a nasty odor, and some of them may even produce a sound. This sound is most often a chirping noise or a quiet clicking, however, some cockroaches are more vocal, like the Madagascar Hissing Cockroach. 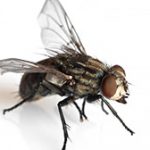 Flies are not just annoying pests, they can also carry over 100 pathogens that can cause a variety of diseases for both animals and humans. These diseases include cholera, typhoid fever, hepatitis, bacillary dysentery and more. When it comes to controlling these nasty pests, sanitation is key. It is also important to properly identify the flies in order to complete fly control successfully. 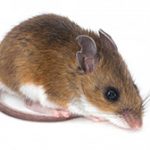 Mice, much like other rodents, love the indoors, especially when the weather is cooler. They are equipped with small bodies that can squeeze easily into tight spots, like holes in the walls, which is the main way that they enter into our homes. With teeth that were designed for chewing and gnawing, mice can be incredibly destructive. What is more concerning than their chewing habits, however, is their ability to transfer disease to the people who come into contact with them. They can spread disease easily through their urine and fecal matter. Mice breed quickly, so if you find one or two in your home, then your best bet is to consult a professional as soon as possible. 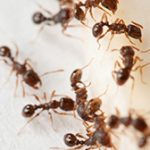 Ants are tiny insects that can infest your home by the thousands. They are so small that they can enter your home through even the smallest of cracks in search of water or greasy and sweet foods in your pantry. As they find a way into your home, ants will leave a trail of pheromones for other ants to follow, which is why most of the do-it-yourself ant control methods don’t work. These kinds of methods tend to only attack the ants that are actually present, but they do nothing to prevent other ants from entering your home, and they also won’t be able to work for every kind of infestation. That is why, when you have an ant problem, you need to turn to the experts over at Sureguard Termite & Pest Services. 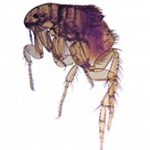 Fleas are parasitic insects that feed off of the blood of birds and mammals, like people and dogs. Although fleas can’t fly, their legs are long and well-adapted for jumping. Fleas measure at approximately 2.5 mm long, but they can jump as many as 13 inches horizontally and 7 inches vertically. Their bodies are generally reddish brown and shiny, and they are covered in tiny hairs that allow them to move easily through the hair or fur of their host. 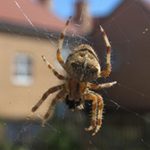 There are so many species of spiders throughout the world, around 35,000 of them in fact, and there are approximately 3,000 in North America alone. They are classified as arachnids and they can be easily spotted by their 8 legs and multiple pairs of eyes. The majority of spiders are predators that feed on insects, however, there is one known species that feeds solely on plants. Although most spiders aren’t poisonous to humans, no one wants to find them in their home. If you have a spider problem in your home, get the help that you need by turning to the professionals over at Sureguard Termite & Pest Services. 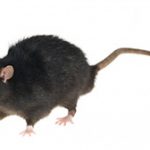 Rats are a common type of rodent. They are warm-blooded mammals that can cause some pretty major destruction. Their small bodies are perfectly designed to fit into spaces that are much smaller than them. This is how they make their way into our homes. Their front teeth are designed for gnawing and chewing, which is the main reason why rats are so destructive. Their rapid rates of reproduction make it incredibly difficult to keep their population under control. If their destructive habits aren’t enough, rats can also transmit diseases, like Tuberculosis, Salmonella, E.Coli, and more. The key to keeping rats out of your home is to seal any possible entryways with the help of a pest control expert. 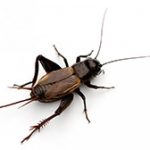 There are over 900 different species of crickets, but there are 3 common ones that you are likely to find in your home: house crickets, field crickets, and ground crickets. House crickets tend to be yellowish-brown with three darker bands on their heads, and they can measure up to 22 mm in length. Field crickets can grow to be more than 2.5 cm long, and they are either brown or black. Ground crickets are the smallest of the common crickets, and they are brown in color. When you have a cricket infestation in your home, you are more likely to hear them before you see them. At night, males attract females with their “calling song”, which is made by rubbing their front wings together. The sound can be loud, and if you have enough crickets in your home, it may even interrupt your sleep. Crickets like to hide in dark, warm places, but they are also tend to congregate around light sources.They like to build their nests in hard-to-find areas, so they can be tricky to eliminate. That is why you need to turn to the professionals when you have a cricket problem. 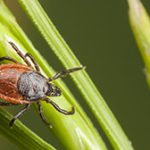 Ticks vary in color by species. Adult ticks can be smaller than a sunflower seed (over 1 cm long if engorged with blood), while tick larvae can be less than 1 mm. Common problem ticks include the American dog tick, deer or blacklegged tick and lone star tick. Often found near wooded and highly vegetated areas. Some species require moisture to survive. Females and males of most species feed on blood of mammals, birds and reptiles. 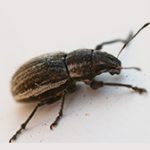 Beetles belong to the insect order Coleoptera. This is the largest order of insects. There are more than a quarter million species of beetles in the world. In North America, scientists have identified more than 25,000 beetle species. Sometimes people mistake cockroaches for beetles. If the beetle is an adult, it can usually be identified by looking at the wings. The front wings are called elytra. These front wings are often very hard and appear more like a shell than wings. The beetle folds the front wings so they cover the back wings. Most adult beetles seem to have a line down their back where the two front wings meet. Beetles come in many shapes, sizes and colors. Some, like the click beetles, are long and slender. Some beetles like lady beetles and June beetles (also known as June bugs) have an oval or rounded shape. There are even beetles that resemble spiders. 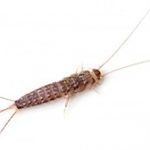 Silverfish are nocturnal and move very quickly. They are secretive, and the severity of an infestation may go unnoticed for long periods of time, allowing for exponential growth. Silverfish reproduce quickly.Silverfish are known for their destructive feeding habits, oftentimes ruining papers, clothing and wallpaper. They commonly infest dark, damp areas around paper and linen sources. Silverfish infestations can be found in kitchens, laundry rooms, bathrooms, attics and basements.Silverfish can survive in almost any environment, but they prefer areas with high humidity. Nymphs develop faster in areas that are humid. Therefore, one of the best ways to prevent an infestation is to control humidity. In crawl spaces, open vents and in basements, use   baseboards with caulking. Silverfish consume a variety of foods, and stringent housekeeping practices may help prevent an infestation by limiting potential feeding sites. 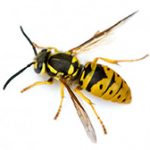 Wasp species are categorized as social or solitary. As their name implies, social wasps live in colonies, which may number in the thousands. Within these colonies, female workers perform all duties within the nest. Solitary wasps live alone and therefore do not have a colony. They do lay eggs, but their eggs are left alone to hatch.Some wasps are predatory, while others are parasitic. Predatory wasps kill and consume other insects as well as other animals which they often feed to their larvae. Parasitic wasps typically lay their eggs in the bodies of living creatures like caterpillars or spiders. The larvae feed on the still-living host. Wasps can assist in the management of other pests, particularly in agriculture as biological control agents. Many wasps also feed on nectar from flowers and therefore function as pollinators.Some wasps are aggressive species and can sting when threatened. Unlike honey bees, wasps often are capable of stinging multiple times.

With the experience of our leadership team we are getting ready to service your property long before you even request service. We start our training with a detailed technician and staff training. We also have ongoing training for all staff members. We require all staff members hired by our pest control company to be licensed by the state.

The Sureguard family has been providing residential and commercial service since 1967. Choose Sureguard for pest and termite or mosquito or one of our other services, we guarantee you will be pleased with the quality of customer service we provide.

Subterranean Termites cause more than 5 billion dollars in damage to homes and businesses each year. If you think about how much that is, it is more than fires and storms combined. Many people have termites but do not know it. They are very small and are in the wood. You may not know for a while that you have them.

GET YOUR FREE QUOTE